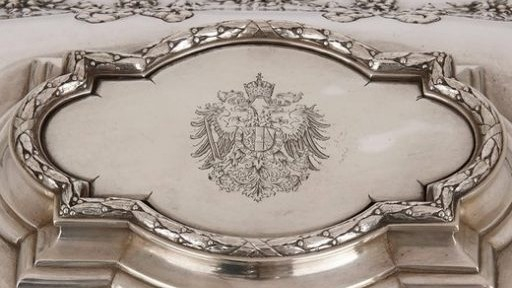 I am a Southerner. Although I have lived in 9 different cities on the East and West Coast throughout my adulthood, I have spent 75% of my life living in the South. My parents are Southerners and their parents were Southerners so I consider myself a Southern Belle. Not, mind you, along the lines of Scarlett O’Hara with a big plantation kind of Southern Belle but, a cultural, lifestyle Southern Belle that isn’t afraid to eat buttermilk pancakes or fried okra on occasion or say “I’m fixin to do to such and such” which really means “I’m about to”.

However, unlike most Southerners raised in the 60’s and 70’s, my parents divorced when I was only 5. Being raised where most people’s parents were married was both good and bad. At least I had a lot of friends whose parents could be my role models. But, I always felt a little outcast especially since my Mom never got it together after my Dad left us. She would occasionally take us to church when she needed redemption.

I had some pretty anxious childhood years which morphed into some stupid teenage decisions. But, by the time I was in high school, I had learned to mask my pain pretty well. I was a successful and involved student. I had a steady boyfriend and had a good part-time job. I was never satisfied or content though and was constantly searching for the meaning and purpose of life.

I followed my boyfriend to engineering school which was a really dumb decision since I didn’t like science or math all that much. So by my sophomore year I changed to one of literally 2 majors that didn’t require too much of either one. It just happened to be in the field of management and that’s basically how I fell into my career. I ended up getting an M.B.A. because my first job out of undergrad was boring and I liked being in school.

Most people thought I was happy and successful but, underneath I was a lost puppy. I struggled with anxiety and depression and I was a big party girl. I dated like crazy looking for “Mr. Right” which left me feeling completely wrong. I knew there was a better way but, with all my baggage from childhood, I lost hope that I would ever find it. I had gone to church some in high school, but I was far away from God now.

Enter this guy who moved in beneath a friend of mine from college. We met at a party and I thought nothing of him truly. But, he began running around my with friend group and the more I got to know him, the more I liked him. He was ambitious and mature but also caring and very funny! He liked me and after awhile I began to notice him as well. On one of our first dates he took me to church. He was grounded in his faith. I had never dated anyone like him.

He got promoted to another city soon after we started dating so I finished grad school and followed him. Fortunately, I got a good job and on paper everything made sense. But, we both had some baggage from childhood. His parents had gotten divorced when he was a teenager so neither one of us knew what a good relationship looked like. We both believed in the power of love, though and got married after a couple of years.

I converted to Catholicism for him and our wedding was a full mass with a big party afterward. We were active in our parish and had a baby girl after only 13 months. We made the decision for me to quit my job and become a full time mother. But, he traveled all week with his job and I wasn’t happy at home and isolated. We argued a lot and as much as I hated it, I began to consider divorce. At this point I decided I needed to do some serious soul searching. I did not want to end up like my parents!

About this time my husband was promoted and we moved to Dallas. The neighborhood newsletter advertised a Bible study that offered childcare. I had never studied the Bible before and thought maybe it would have some answers for me. It just so happened that they were studying the book of John. It was in this book, that I learned the true purpose and meaning of life. I gave my life to Jesus and it has never been the same.

In the 25 years since then, He has refined me like silver with His refiners fire and I count it all joy because of who it has made me and what I have become. I have raised 3 children 180 degrees different than I was raised and all 5 of us strive to walk with God on a daily basis. I fall often but, I get back up and try again because I know that God has promised to finish the good work he has started in me. It is my desire to share what He has taught me so others will know the reason for the hope that is within me.

11 thoughts on “Why Silvered Belle?”